Mr. Gonzales teaches computer science courses at Glendale Academy. He enjoys working at the computer both at home and at the office. Aside from teaching, Mr. Gonzales manages the school network and, along with a few excellent student workers, keeps the school computers running. Mr. Gonzales has a varied educational background. He holds a B.S degree in Biochemistry as well as M.B.A., M.A.Ed., and M.I.S. degrees. Prior to his employment at Glendale Academy, Mr. Gonzales attended the Loma Linda University School of Medicine where he quickly learned that he lacked sufficient interest in the medical field to become a physician. His fear of needles and blood, along with a general distaste for seeing patients led him to pursue a different line of work. A brief jaunt into the wonderful world of self-employment led to the creation of Xsys Networks, a computer networking company based in the Inland Empire. Mr. Gonzales quickly grew bored of running a sole proprietorship and set out in search of more meaningful tasks. Mr. Gonzales joined the ranks of esteemed Glendale Academy faculty in January, 2006, and has since enjoyed his time at the Academy, working as both a teacher and network administrator. He thrives on the dynamic learning environment that the students provide and enjoys daily interaction with the students. 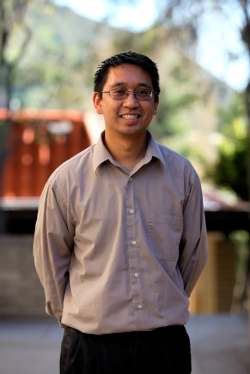